5 trends being impacted by biomarkers

By
Ned Pagliarulo
and
Lisa LaMotta

The success and promise of the class has brought a lot of attention to a protein known as programmed death-ligand 1 (PD-L1), which the drugs inhibit to help immune cells remain active. In some patients, these checkpoint inhibitors induce remissions and extend survival. In others, there is little to no effect.

Some studies have suggested higher levels of PD-L1 expression are correlated to better responses, although the relationship has not been fully unraveled.

But the drugs illustrate the growing role of biomarkers such as PD-L1 in separating out potential responders from likely non-responders. Better matching patients to targeted therapies could help improve outcomes and the biopharma industry is investing heavily on that bet — not just in cancer, either.

Precision medicine, or treating patients based on their specific genes, traits and lifestyle, has long been a goal in medicine. Yet, it was only a pipe dream until technology made sequencing the human genome possible — and subsequent improvements lowered costs dramatically.

Whether its cancer, a rare disease or even neurodegenerative diseases like chronic traumatic encephalopathy, biomarkers are going to help clinicians and doctors better diagnose patients. Not only will diagnosis be easier, but, the ultimate goal will be to match patients to specific treatments instead of the one-size-fits-all approach that is typical in our current treatment environment.

Immuno-therapies have become the hot new trend over the last three years. It has become clear to most that combination drugs are going to be the key to treating patients with a variety of different cancers. There are currently hundreds of combinations being tested in the clinic, but finding the right patients to treat has already derailed clinical progress.

Biomarkers linked to specific cancer types have the ability to unlock that value by stratifying patients into different groups and giving physicians a roadmap for what combination therapy could work best for each patient.

While diagnostic tests have long been used to diagnose things like bacterial infections, they are getting a whole new makeover based on the ability to sequence the human genome.

While once rare, it is now becoming common practice for drug manufacturers to develop a companion diagnostic right along with the drug itself.

The industry was skeptical of these companion diagnostics when they first hit the stage a couple decades ago, concerned that defining patient populations would cut sales, but blockbuster drugs like Herceptin (trastuzumab) and Gleevec (imatinib) have proven this wrong.

The in vitro diagnostic market, meanwhile, is expected to balloon to $80 billion worldwide by 2022, according to a report from Allied Market Research.

Liquid biopsies offer the tantalizing prospect of detecting cancer from a simple blood draw. That hope has attracted dozens of companies and hundreds of millions of dollars into development of the blood-based diagnostic.

Less invasive than a traditional tissue biopsy, liquid biopsies work by detecting pieces of nucleic acid shed into the bloodstream by tumors. Current technology limits liquid biopsies mostly to use in treatment selection — matching mutations to the treatments that target them — and treatment monitoring for patients already diagnosed with late-stage cancers.

But companies like Grail and Guardant Health are pushing development into earlier stages. Grail, a spin-off of the sequencing giant Illumina, is even going one step further and aims to develop a pan-cancer screening test for asymptomatic patients.

While that may still be outside the bounds of possibility, applications like speeding up clinical trial enrollment are already within grasp. If the investment flooding into the space is any testament, liquid biopsies will be a space to watch over the next decade.

5) Cancer as a rare disease

Former President Obama first announced the Precision Medicine Initiative in 2015, aiming to build off advances in human's understanding of genes and speed up development of therapies matched to individual patients.

While a new administration may focus on other priorities, the bipartisan passage of the 21st Century Cures Act last December directs Congress to fund the initiative and other programs like former Vice President Joe Biden's Cancer Moonshot to the tune of billions of dollars over the next decade.

The political backing for such projects reflects a growing belief in the possibility of truly tailoring medicine to patients. Targeted therapies have existed for years but it is only more recently that science has begun to more fully unravel the genetic puzzle for diseases such as cancer.

Improved sequencing capabilities, new immuno-oncology drugs and better diagnostic tools have opened up the possibility of treating cancer not just as a disease of a specific organ like the lungs or prostate but as an outgrowth of specific mutations in a patient's genes.

"Lung cancer is really a collection of thousands of rare diseases that we have just classified as lung cancer," said Helmy Eltouky, CEO of Guardant Health, a liquid biopsy company.

In this vein, the National Cancer Institute is currently running a large clinical trial called MATCH which aims to treat patients with targeted drugs based on molecular mutation rather than the specific indication for which the drug is approved. The American Society for Clinical Oncology is trying to do something similar with its TAPUR study.

The value of matching treatment to patient is becoming more and more clear, but work still remains to prove precision medicine leads to significantly better outcomes over the long term. 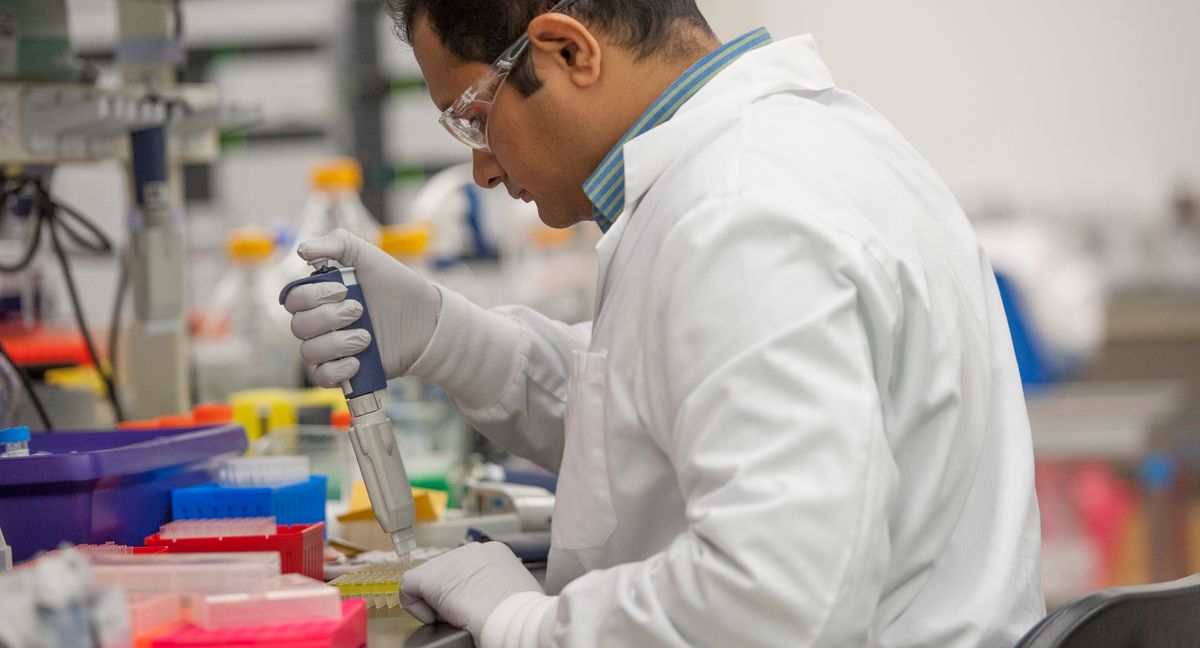