Executive of the Year: Kenneth Frazier 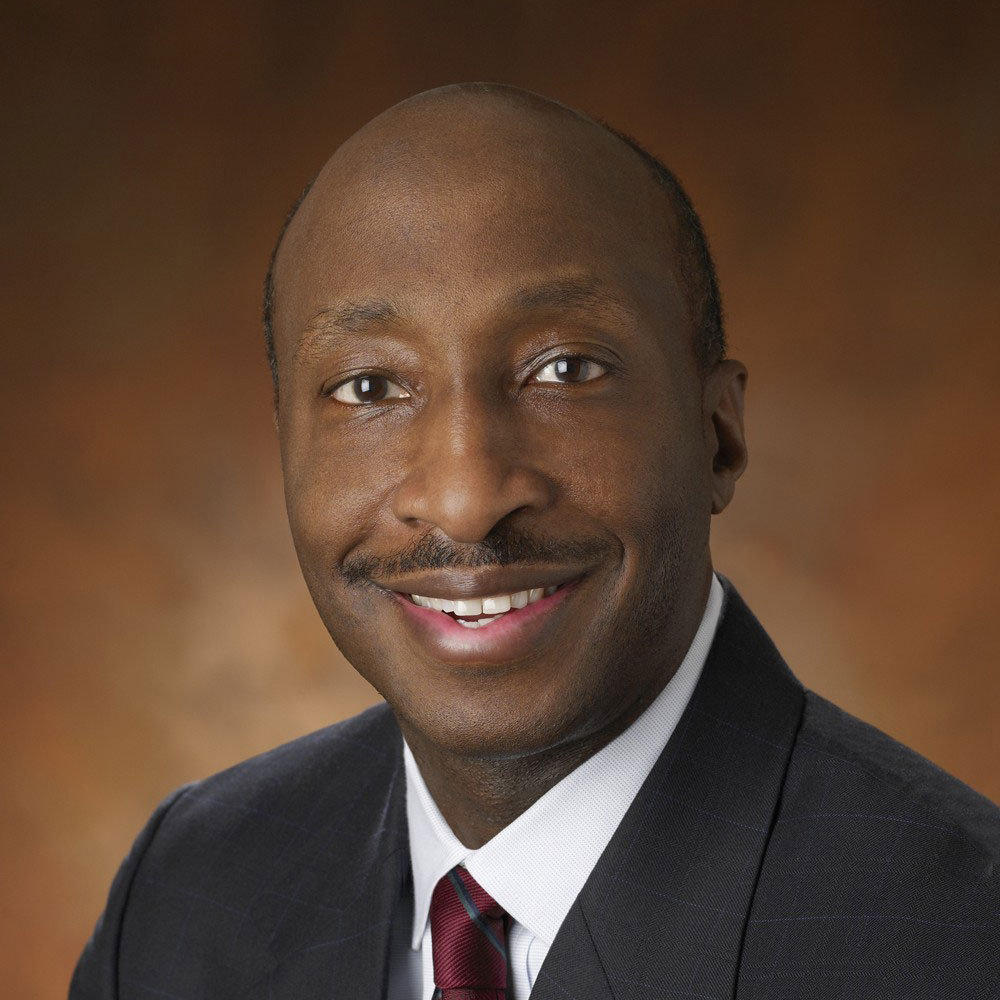 As CEO of Merck and as a matter of personal conscience, I feel a responsibility to take a stand against intolerance and extremism.

Frazier was the first CEO to resign from President Donald Trump's manufacturing council, upping pressure on the business community after the president's weak response to violent protests by white supremacists in Charlottesville.

Since Frazier took over at the start of 2011, Merck has won approval for nine new molecular entities, which collectively earned more than $2.4 billion in 2016.

Considered a strong science company and a leader in innovation among its big pharma peers, Merck & Co.'s reputation as a company with integrity can, in many respects, be traced to one man.

CEO Kenneth Frazier, who took over the top slot in January 2011, was an integral part of bringing the New Jersey pharma out of one of its darkest times, returning it to the science-focused juggernaut that is dominating the lung cancer space today.

A lawyer by trade, Frazier began his career with the company in the early 1990s, first as an outside counsel and later as general counsel. It would be a short time later that Frazier would take on one of the most daunting periods in the company's nearly 130 years — namely, the Vioxx trials.

It was in 2001 that doubts about the safety of the arthritis pain drug began to surface; it came to light that Vioxx was causing severe cardiovascular issues and even fatalities. In 2004, Merck took the drug off the market.

During that time, Frazier was tasked with leading Merck's legal team through the lawsuits that would result. That ugly chapter in the company's history would eventually come to a close with a $4.85 billion settlement.

Later as CEO, Frazier was the driving force behind bringing scientist Roger Perlmutter back into the Merck fold. Perlmutter had been in charge of Merck's preclinical research unit from 1998 to 2001, but decamped to Amgen Inc. when the company chose Peter Kim to head the pharma's R&D arm Merck Research Laboratories.

Fast forward to 2013, under Frazier, Perlmutter took over, and has overseen the era of pembrolizumab. Known as pembro internally, the world knows it as Merck's blockbuster cancer drug, Keytruda.

While the checkpoint inhibitor is not yet the company's largest drug by revenue, it is the most important. It currently is in about 600 clinical trials across a variety of cancer types. Since its initial approval in September 2014, the drug has brought in upwards of $4.5 billion, and is projected to bank more than $9 billion in annual sales in five years time.

Merck's share price has also grown in strength since Frazier took over; trading at just about $37 per share in January 2011, the stock has had a steady upward momentum since, trading near $65 apiece in the fourth quarter of 2017.

Since Ken Frazier became CEO, Merck's market capitalization has risen by more than $50B

But it isn't just this successful oncology strategy or strong share price that has set Frazier apart from his big pharma peers; it's his character.

The African American CEO made headlines earlier this year when he used Twitter to announce that he would be leaving President Trump's Manufacturing Council. The decision was prompted by the President's muted and controversial response to the violent protests held by white supremacists in Charlottesville, N.C.

"Our country’s strength stems from its diversity and the contributions made by men and women of different faiths, races, sexual orientations and political beliefs.

America's leaders must honor our fundamental values by clearly rejecting expressions of hatred, bigotry and group supremacy, which run counter to the American ideal that all people are created equal.

As CEO of Merck, and as a matter of personal conscience, I feel a responsibility to take a stand against intolerance and extremism."

And take a stand, he did.

Frazier, in this moment, was a leader — not just of a large-cap pharmaceutical company, but also of people.

The president, using his favorite 140-character medium, quickly criticized the move, but Frazier's departure was also swiftly followed by many of the other council members — all noteworthy leaders themselves.

While the pharmaceutical industry is often demonized and criticized, on Aug. 14, Frazier made Merck stand out for the right reasons.

Frazier's actions on that day won him plenty of praise, but it wasn't necessarily a sure-fire PR move. In fact — in stark contrast — the other pharmaceutical CEO on the council largely stayed mum on the issue and didn't announce his decision to leave until after the council was already disbanded by the president.

Members of the industry have been loath to criticize the president, fearing backlash that could result in drug pricing controls or jeopardizing tax reform. Frazier's bold stance showed he not only has a head for business, but strong moral and personal convictions.

Merck's number one priority in 2018 will be ensuring the continued success of its blockbuster checkpoint inhibitor Keytruda. The company will have to press ahead with its combination strategy in order to maintain its competitive edge.