In a difficult year for the pharma industry, Novartis spent 2016 shepherding in a series of structural changes which it hopes will re-energize its drug development and renew the Swiss giant’s focus on oncology.

Amid the many changes, well-known scientist and physician Jay Bradner took over as head of the Novartis Institutes of BioMedical Research, best known by its acronym NIBR.

BioPharma Dive sat down with Bradner last week in San Francisco as biopharma execs and investors poured into the city for the annual J.P. Morgan Healthcare Conference.

Bradner spoke of his excitement for a 2017 focused on pushing NIBR science forward, teased the promise of a new chemical biology discovery group and explained why bringing CAR-T back into the fold was necessary to move the promising tech into the next chapter of development.

The following Q&A has been condensed and lightly edited for clarity.

It has been about a year since you got started at the Novartis Institutes for BioMedical Research. Where have you seen the most progress? What areas are you hoping to develop this year?

Bradner: When I arrived at NIBR, it was known to me and it became incredibly clear, that this is an institution with incredible bones: a history of contribution, year-over-year innovation, a very high resting heart rate, impatient ambition. And so I naturally wondered what, if anything, should change at an institution so strong.

I spent the first several months in the role really learning and studying the organization so as to take NIBR through a single, step-wise evolution — the way evolution really works — rather than tinker and fiddle with a machine that was highly honed.

NIBR has a chance to be rightly recognized as the most impactful, most important biomedical institute in the world. If we are directing the Institute at that level of contribution, there were a couple of evolutionary steps that needed to be taken.

The first was to understand that innovation is now hyper fragmented. An assistant professor at MIT can teach you how to edit a human genome. These are not innovations, translational innovations, that only happen in industry. An assistant professor at Dana-Farber can teach you how to drug a bromodomain — which was my work. We need to connect directly with innovation wherever it happens. We need to be part of the community, the conversation.

The second strategic theme was to rebuild some of the core of our research. NIBR did not historically have a great focus on immuno-oncology, rather focused on targeted therapeutics. We have at Novartis invested a significant sum of money and recruited top leadership in Glenn Dranoff, orienting ourselves around the definitive response to cancer, [which] will be combination strategies involving immuno-oncological drugs, targeted drugs and perhaps cell therapeutic drugs as well.

Can you tell me about the newly created drug discovery group at NIBR?

Bradner: We are making a serious investment in a new discovery engine that we call CBT, Chemical Biology and Therapeutics.

I am not aware that chemical biology has been deployed as the central organizing principle of therapeutic discovery before. It is not important to us to be first. Its time has come. We have just uploaded this operating system on January 4th behind Jeff Porter, John Tallarico and other leaders within Novartis.

"Big C" chemical biology, building up new discovery chemistry platforms — this I think will be necessary to respond to the highest hanging fruit and comprises the majority of meetings I have taken at [the J.P. Morgan Healthcare Conference].

The last two aspects of the strategy which has been a big focus of last year was to do the minimal restructuring to achieve the strategic ambition. This was all announced and well-covered in the fall. It wasn't a massive restructuring associated with the typical financial imperatives, although there was some of that at play. It was the purposeful effort to drive what we say in chemistry is effective molarity, getting the right innovators in close adjacency to each other in well-endowed centers of excellence within the organization.

It meant a small international footprint but with a greater density of innovation. So here in Emeryville we are bringing the tropical disease unit from Singapore into adjacency with Don Ganem and the infectious disease group, but also Isabel Zaror and the protein sciences group.

Biologics was fragmented across about six different organizations and we are building two robust centers for biotherapeutics — one in Cambridge and one in Basel.

We did that last year. I have come into 2017 really psyched that on the heels of what was, for me personally, a year devoted to organizational structure and strategy. Now it is all about science, medicine and our people — organizational performance.

Bradner: There are important institutions racing to make the definitive medicines for these blood cancer patients with CAR-T. I can't take away from our colleagues at Juno, Kite, Sloan Kettering and the [Fred Hutchinson Cancer Research Center]. This is a very exciting and, rightly so, very competitive space.

When I arrived at Novartis, we took a hard look at the structure of the Cell and Gene Therapy unit. We were struck by, one, the unbelievable performance of the therapeutics that we were innovating.

Eighty-two percent overall response rate in pediatric relapsed/refractory acute lymphoblastic leukemia. I am a leukemia doctor. That is an unambiguously historic contribution. So there was that — the importance of these medicines.

Secondly, we saw a pipeline that was really starting to deliver new insight. BCMA in multiple myeloma is an example. I have cared for myeloma patients my whole medical career. There is a perspective out there that the myeloma field is too crowded. Yet it is not curable.

This a really complicated medicine to deliver to patients. We are a company that launches a drug to bring it worldwide. How do you rectify the cost of goods, the complexity in administering this therapy, the regulatory path with the historic opportunity to contribute?

Biotech is one type structure. The problem is, in my opinion, CAR-T cells have evolved out of the biotech window. The challenges that face CAR-T cell therapy today is about manufacturing, distribution. Access now is the issue because we see this unambiguous activity.

"CAR-T cells have evolved out of the biotech window." 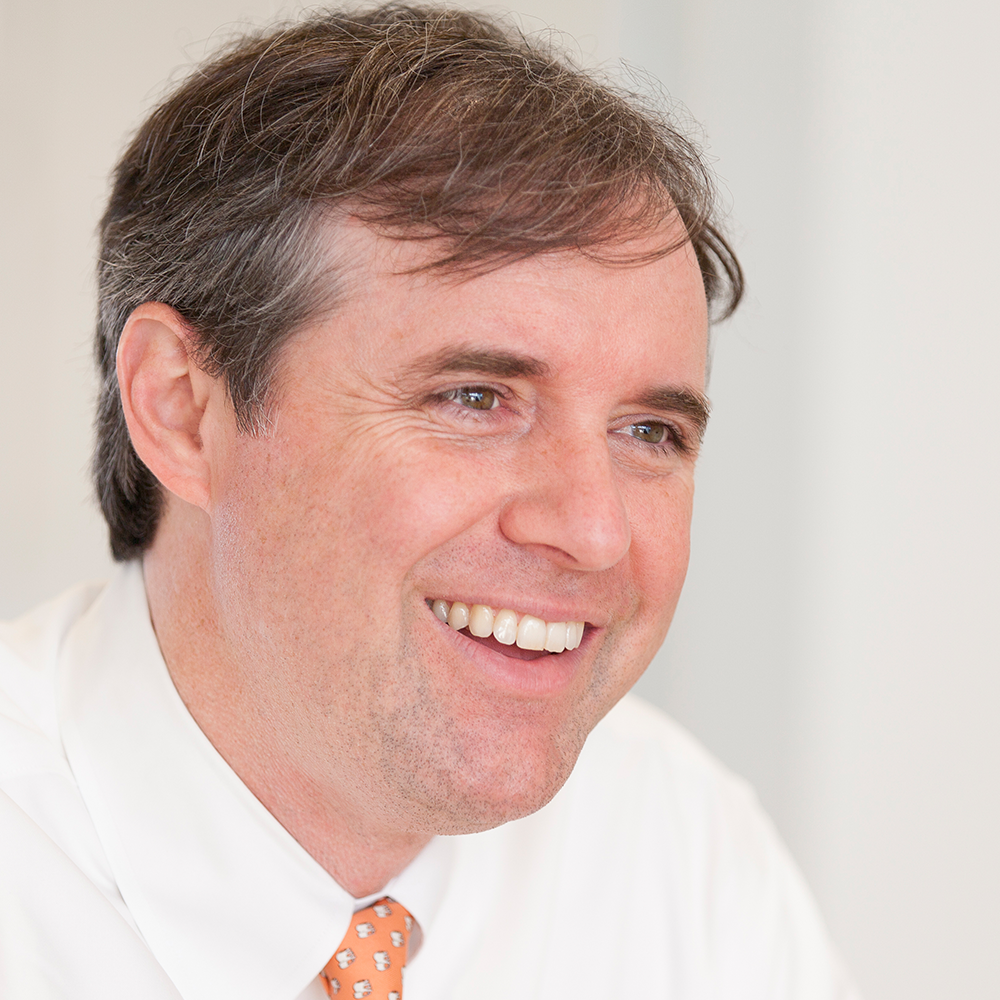 As we looked at the cell and gene therapy unit, we identified that the field had matured to a point where what it needed most of all was to be more a part of Novartis.

The reintegration has gone very smoothly. It has accelerated the science, the timing of the filing of a very complicated regulatory package, the dialogue with the FDA. I have doubled investment at NIBR in the discovery and manufacturing considerations. We are all in on CAR-T cell therapy.

In sum, the decision to reintegrate the cell and gene therapy was an obvious decision because what this technology most needs, whether it is here at Novartis or at a biotech company, is to be connected to a worldwide, professional impactful organization that can bring access to these therapies once approved.

We touched on the restructuring efforts. We have seen focusing in from other players in pharma: Takeda, Bristol-Myers Squibb and Merck have all streamlined and slimmed their geographical footprint recently. Do you think that this is reflects a broader realization among pharma ranks of the need to be more narrowly focused on core therapeutic spaces?

Bradner: I do think what we are seeing right now is sort of what is old is new again. You tend to garden by letting it bloom and grow and then pruning it back against some aesthetic.

I suppose pharmaceutical science is the same way. There is a tide to the technologies that require emphasis for certain challenges.

The shape and structure of the pharmaceutical research organization is in a constant state of evolution. You just hope to address it in a stepwise evolutionary manner and not with continuous tinkering and the churn and distraction that is often accompanied by these changes.

I think you are right. There are a lot of companies — I think of Takeda, Andy Plump [Takeda's chief medical and scientific officer] who I hold in high regard. He is executing a very sweeping reconsideration of the research strategy. Whereas I believe ours is more tending this very special garden. All changes to NIBR were very strategic, very purposeful and not driven by financial imperatives.

View all | Post a press release
New Data Suggests More Doctors Spending Time Addressing COVID-19 Vaccine Misinformation As C...
From Sermo
Radiomics secures €6 Million to fund new projects and initiatives including its first prospe...
From Radiomics
IACT Health and LMC Manna Research Announce Strategic Alliance, Creating One of North Americ...
From IACT Health and LMC Manna Research
Memgen Appoints Kevin M. Coveney as Chief Financial Officer
From Memgen
Editors' picks
© 2021 Industry Dive. All rights reserved. | View our other publications | Privacy policy | Terms of use | Take down policy.
We use cookies to optimize your experience on our website and for analytics and advertising purposes. By continuing to use our site, you agree to our cookie policy. Learn more
Accept