Liquid biopsies: The next frontier in cancer?

As immuno-oncology dazzles and pharma companies race to develop new cancer medicines, a similar boom is underway to speed up and improve the detection of cancers.

"Liquid biopsies" — diagnostic tests to detect cancer biomarkers in the blood — promise a less invasive and more comprehensive way of diagnosing the amorphous disease than traditional methods, such as by tissue biopsy.

A handful of companies are currently marketing liquid biopsies, but commercial applications remain largely limited to improving treatment selection for late-stage cancers. Yet, money is flowing into the space and companies are working to broaden the potential market, pushing development into earlier cancer stages as well as into post-cancer monitoring.

If liquid biopsies can prove effective as a diagnostic tool in the pre- and post-cancer settings, some in the industry predict the market’s value could balloon to anywhere from $20 billion to over $100 billion. Grail, a spinoff of the sequencing giant Illumina, recently announced plans to raise a staggering $1 billion in investor funding to drive development of its pan-cancer screening test.

For that kind of market to emerge, though, liquid biopsy companies will have to figure out how to make the tests more accurate and, more importantly, prove they can actually improve patient outcomes.

Markers in the blood

Traditional biopsies — slicing a tissue sample for a tumor — are a standard tool in oncology to pinpoint a cancer’s mutations and malignancy. After detecting a tumor through a physical exam or imaging, physicians use such biopsies to gather valuable information on the unique attributes of a patient’s cancer.

But tissue biopsies can’t always be obtained and often involved invasive procedures. While some cancers are easily accessed, others are hidden deep inside the body or lurk in critical organs. Beyond the physical challenge, sampling from those tumors can be dangerous to the patients themselves and doesn’t always work.

Luckily, cancer cells share some of the same attributes as normal cells: both shed fragmented strands of DNA and RNA into the bloodstream through apoptosis, or programmed cell death. These strands, known as circulating-tumor DNA (ctDNA) when shed by cancer cells, can be picked up from an intravenous blood draw — giving a potentially transformative way to gather information about a patient’s cancer.

Liquid biopsies use a sample of the blood and then enrichment and next-generation sequencing techniques to identify mutations known to cause cancers from the ctDNA genes.

Liquid biospies can also look for two other types of biomarkers known as circulating tumor cells, or CTCs, and exosomes.

"The amount of circulating nucleic acid coming out of tumors varies fairly widely, even in patients who often have extensive metastatic disease," explained Stanley Hamilton, division head of Pathology and Laboratory Medicine at the University of Texas MD Anderson Cancer Center.

The sensitivity of a liquid biopsy to detect ctDNA or CTCs at extremely low concentrations, then, is a crucial factor for proving the test’s utility.

"It is much more like looking for a needle in a haystack than tissue-based testing." 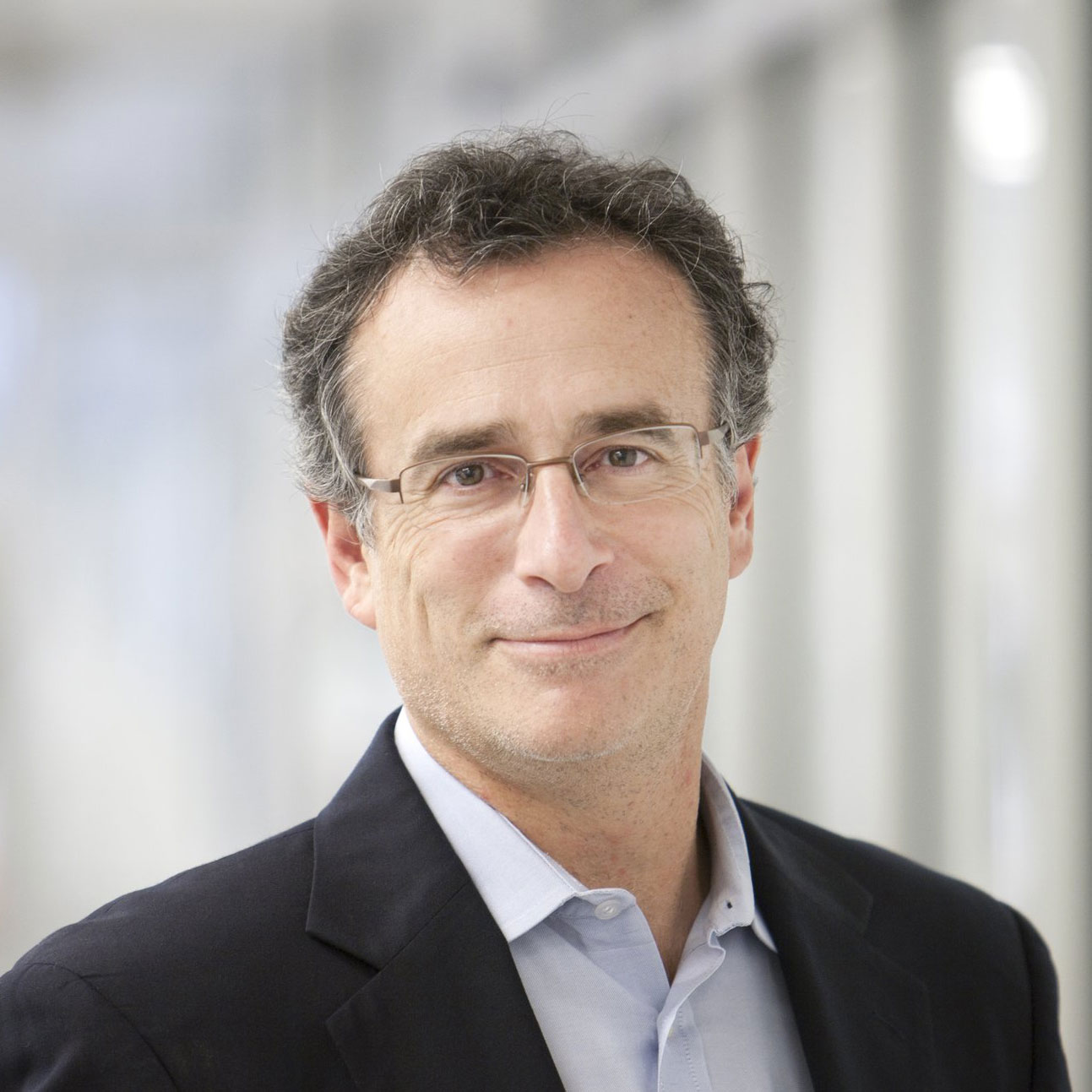 "It is much more like looking for a needle in a haystack than tissue-based testing," said Vince Miller, CMO of Foundation Medicine, a Cambridge-based company which has developed a ctDNA assay.

Improvements in sample preparation and sequencing capabilities have made detection of ctDNA in patients with late-stage cancers possible. And detection in pre and post-cancer settings — where ctDNA levels are much lower — is within sight.

A liquid biopsy test not only needs to be able to detect low levels of cell-free DNA, it also needs to reliably identify whether that nucleic acid strand came, in fact, from a tumor, as well as the malignancy of that tumor.

"The harder you push the assay to get high sensitivity, the more likely you are to get in trouble with specificity and end up with false positives," Hamilton said.

Results from a large study, announced at the annual meeting of the American Society of Clinical Oncology (ASCO) last summer, showed the accuracy of one liquid biopsy test compared favorably to tissue biopsies.

The test, made by the diagnostics company Guardant Health, detected the same patterns of genomic changes in ctDNA as those found in 398 patients with matching tissue samples between 94% and 100% of the time.

Guardant Health is one of more than a dozen companies with liquid biopsies already on the market. Its test, known as Guardant360, was launched at the 2014 ASCO meeting and looks for alterations in 73 cancer genes.

Guardant’s CEO, Helmy Eltoukhy, stole concepts from his background in digital communications to help the company push the sensitivity and specificity of Guardant360 to the point where it can now detect down to a single molecule from a tube of blood in some cases.

Gene panel sequencing, for example, probes for mutations in the ctDNA or CTCs and then suggests targeted treatments matched to whichever mutations are present. Treating patients with the right therapies should in many cases improve response rates.

Liquid biopsies also have particularly powerful implications for managing patient care. Unlike tissue biopsies, which are usually not repeated, liquid biopsies can be taken much more easily. With more data points, physicians can see in real time if a patient’s cancer has mutated in response to a therapy and swap in a more effective treatment.

Another use of liquid biopsies is in clinical trials. As targeted therapies proliferate, pharma companies need to cast a wide net in order to enroll patients who match the specific criteria of drug studies. Using liquid biopsies to screen patients could greatly accelerate enrollment as well as lowering costs.

Guardant recently announced a partnership with AstraZeneca, Merck & Co., Merck KGaA and Pfizer to develop a 500-gene version of Guardant360 for this very purpose.

Many of the companies in the space, including Guardant, market liquid biopsies as lab developed tests or LDTs. Unlike other medical devices, LDTs don’t require FDA approval to be marketed. The tests only can be performed by the original developer however — a company can’t sell an LDT to other labs.

Search for the Holy Grail

While liquid biopsies are already making waves, companies like Grail are investing heavily to push the boundaries of what’s feasible.

Illumina spun off Grail in 2016 with the aim of developing a pan-cancer screening test for asymptomatic individuals. This kind of transformational accomplishment will require substantial improvements in sequencing technologies to isolate signal from noise.

But, more importantly, Grail and others pursuing the same goal will need to prove whether such a test actually picks up a signal indicative of future disease. In a pre-cancer setting, an abnormal signature in the blood might be a sign of cancer. Or it might not turn out to be nothing. Proving a correlation between such signatures and eventual cancer risk will require massive, costly clinical trials.

Grail certainly doesn’t lack for ambition, despite the challenges. Headed by former Google executive Jeff Huber, Grail plans to launch a pan-cancer test in 2019, with targeted assays in areas like lung and breast cancer possible before then.

Former Illumina CEO Jay Flatley has estimated the total addressable market for a test capable of detecting Stage 2 cancer to be between $20 billion and $40 billion. If a test can detect Stage 1 cancer in addition to the tissue of origin, Flatley said in a Jan. 2016 presentation the market could be worth a staggering $100 billion to $200 billion.

Other estimates are more conservative, although still impressive. A 2015 report from Piper Jaffray, an investment firm, pegged the potential value of the liquid biopsy market for cancer at $28.6 billion, with early cancer screening accounting for $15 billion of that figure.

While pre-cancer screening and early detection are perhaps the most tantalizing goal, looking in the other direction may also be lucrative. Liquid biopsies could be used to monitor patients for disease recurrence, giving patients who have gone into remission a way to monitor for potential relapses.

As an idea, liquid biopsies are powerfully compelling. One simple blood draw to detect cancer. The technology to accomplish this has rapidly become a reality and is likely to improve further as money flows into the sector. But proving sufficient sensitivity and specificity to zero in on mutations won’t be enough.

"I think the tough part will not be, ‘Can we detect certain DNA signatures in the blood?’ I think we will analytically get there, said Murali Prahalad, CEO and founder of Epic Sciences, when asked about the future potential of liquid biopsies. "The challenging part will be how do you set the clinical threshold telling a doctor when to do something."

In other words, being able to provide data on alterations in cancer genes isn’t necessarily clinically actionable for a physician.

"One is information and one is utility and the two don’t necessarily follow." 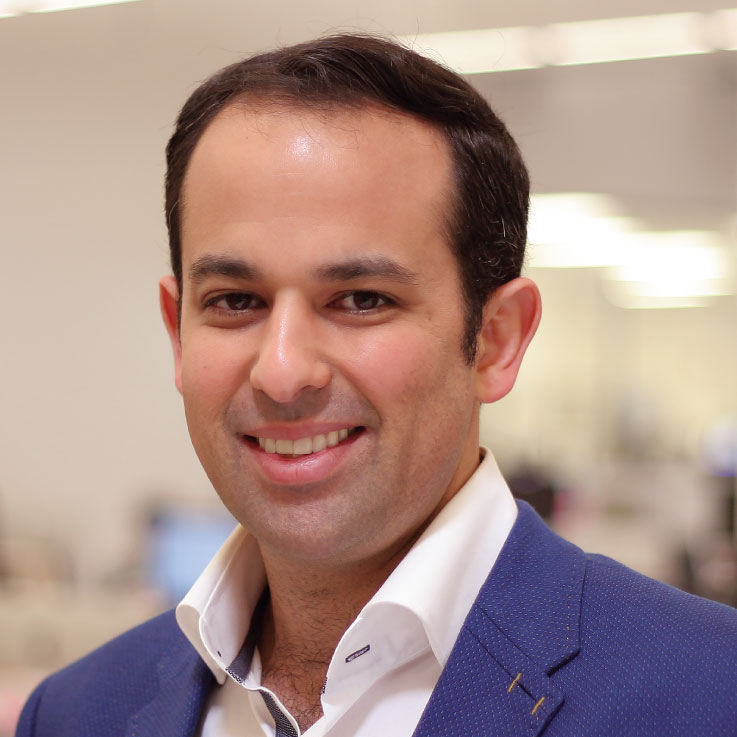 "There is a conflation in diagnostics that the act of getting this information will lead to better outcomes," explained Guardant’s Eltoukhy.

“One is information and one is utility and the two don’t necessarily follow.”

Both Epic Sciences and Guardant are investing in clinical utility studies to prove their tests lower costs and improve outcomes.

Proving clinical utility will also be crucial for securing reimbursement of liquid biopsy tests from payers. Analysts from Piper Jaffray believes reimbursement will be the "gatekeeper" to broad adoption.

"At the end of the day, if these tests don't get reimbursed, they are not going to get done. That is unfortunately the simple fact of it," said MD Anderson’s Hamilton.

Despite the hurdles, both technical and economic, those in the space are optimistic about the potential of liquid biopsies to create real value for physicians, pharma companies and even healthcare providers.

"It used to be a matter of if. No one knew if it was even possible," Eltoukhy said. "Now I am firmly convinced by the data that I have seen that liquid biopsies could be more accurate than tissue based approaches in terms of classification of cancer."

For now, though, liquid biopsies are most likely to be used as a complementary tool to more traditional diagnostic techniques. Treatment selection and monitoring will be the proving grounds as companies work to build out clinical evidence and prove broader utility.

View all | Post a press release
BioIVT Launches GMP Grade Human AB Serum to Facilitate the Development and Manufacturing of Ce…
From BioIVT
Aizon Launches Predictive Maintenance Solution for Pharmaceutical Manufacturing
From Aizon
OWP Pharmaceuticals and EVERSANA Announce Partnership to Commercialize Oral Liquid Formulation…
From EVERSANA
ACTO Appoints Jenny Yeung as Chief Financial Officer
From ACTO
Editors' picks
Latest in Clinical Trials
© 2022 Industry Dive. All rights reserved. | View our other publications | Privacy policy | Terms of use | Take down policy.
We use cookies to optimize your experience on our website and for analytics and advertising purposes. By continuing to use our site, you agree to our cookie policy. Learn more
Accept