A study set to read out early next year could be the final curtain for an Alzheimer's disease hypothesis that has prevailed for more than 20 years — or it could spur a re-evaluation of why past efforts failed.

Efforts to reverse the devastating neurodegenerative disorder in symptomatic patients by targeting amyloid beta lesions in the brain have come up empty time and time again. The DIAN-TU study and a number of parallel trials, however, are seeking to prevent Alzheimer's from developing in the first place among patients genetically predisposed to the condition.

Many call these long-shot studies. But the rationale is that early intervention in patients with a high probability of developing amyloid-driven cognitive impairment will delay disease onset and help lessen symptoms, with possible lessons for physicians eager to prevent Alzheimer's in the broader population.

"If this trial is successful, if it really shows that intervening in amyloid alone prior to symptom onset has a clear effect on slowing disease progression in this population, then I think most in this field would agree that it's likely that this would translate to the larger population in a similar state of the disease," said Eric McDade, the DIAN-TU trial's associate director and an associate neurology professor at Washington University in St. Louis.

As a sign of how difficult it will be for DIAN-TU to tease out a positive benefit, three similar prevention trials have been terminated early in the past 15 months, albeit using experimental drugs with a different mechanism of action than those in DIAN-TU.

Much of the biopharma sector has already voted with its feet when it comes to the strategy of blocking amyloid to treat Alzheimer's. Companies are now pursuing alternative hypotheses such as accumulation of another protein called tau, as Eli Lilly and Biogen are exploring, or a novel hypothesis that a bacterial infection is at the root of the disease.

This is the consequence of major setbacks in studies of symptomatic patients, most recently that of Biogen's aducanumab. Widely viewed as the best amyloid-blocking antibody in the clinic, aducanumab's pivotal ENGAGE and EMERGE trials were halted in March because data reviewers calculated the drug would not slow the disease's progress in patients showing early symptoms. Failure at an interim analysis surprised much of the biopharma sector, which at least expected the trial to proceed to a final readout.

"There have been so many failures of amyloid it should be clear now to everyone it's not going to succeed," said Casey Lynch, CEO of Cortexyme, a company that is testing a competing hypothesis: that Alzheimer's disease has its origins in infections by a bacteria called Porphyromonas gingivalis.

She points to data suggesting that beta amyloid is an immunological response. "It's predictable that blocking it would be a bad idea" if the bacterial hypothesis is true, she said.

"There have been so many failures of amyloid, it should be clear now to everyone it's not going to succeed." 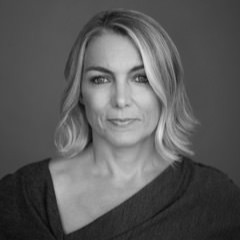 McDade and the DIAN-TU researchers are following an approach which holds that by the time patients start exhibiting symptoms the amyloid beta deposits have already caused too much damage to reverse or slow Alzheimer's. In the preventive setting, researchers have sought to enroll patients with several mutations known to be associated with frequent disease onset.

For example, DIAN-TU, which is being coordinated by Washington University in St. Louis, enrolled patients with uncommon mutations that are responsible for seven out of 10 cases of early onset disease, a design that may be more likely to detect a benefit than broad trials of patients with unknown causes of disease.

The first results from this trial are expected to emerge in early 2020, in patients treated with Eli Lilly's solanezumab and Roche's gantenerumab. These agents are antibodies that bind with forms of amyloid beta and prevent them from accumulating in the brain. The last doses are expected to be administered in November.

As treatments for patients with symptomatic disease, solanezumab and gantenerumab both have failed, with the former showing no benefit in three separate pivotal trials and the latter missing in the Phase 3 SCARLET ROAD trial. Roche has another Phase 3 trial underway in very early-stage patients.

DIAN-TU differs from the preventive trials that have failed in the past 15 months. All three of those studies tested another type of amyloid-targeting drug, called BACE inhibitors, and in different populations.

EARLY, which studied Johnson & Johnson's atabecestat, was terminated early because of liver enzyme elevations that were described as "serious in nature." It enrolled high-risk patients, defined by family history of dementia, signs of amyloid accumulation, or having an APOE4 mutation, which increases the risk of Alzheimer's by twice as much or more.

About 25% of people have one copy of APOE4, which doubles risk, and 2% have two copies, which raises the risk by three to five times.

The GENERATION trials run by the Banner Alzheimer's Institute in Phoenix were the latest to fall short, failing at an interim review because of "worsening in some measures of cognitive function" in patients taking umibecestat, an experimental Amgen and Novartis drug. This trial also enrolled patients with one or two copies of APOE4, requiring evidence of amyloid accumulation in patients with one copy.

"What seems most likely to me is that there is some other off-target effect that is causing this unanticipated cognitive worsening," said Pierre Tariot, co-principal investigator of the GENERATION trials and director of the Banner Alzheimer's Institute, in an interview.

He noted BACE inhibitors target an enzyme with which dozens of molecules interact. The answer, therefore, may lie in further analysis of those chemical reactions.

Patients being enrolled into DIAN-TU have mutations in the PSEN1, PSEN2 or APP genes, which frequently lead to an early-onset form of Alzheimer's.

If born into a family in which one of these mutations is present, the chances of inheriting the mutation is 50%, and nearly all carriers develop Alzheimer's, according to a review article by DIAN-TU director Randall Bateman. However, this form of disease represents less than 1% of all Alzheimer's patients.

If the data are positive, trial investigators might have a case to take to the Food and Drug Administration for approval in at least the populations tested in DIAN-TU. That would be a positive turnaround for Lilly, as the pharma largely de-emphasized work on solanezumab.

"We've had multiple conversations with the FDA along the way," McDade said. "The goal of these trials has always been to get therapy to these families as quickly as possible."

Tariot, an adviser to the Washington University group, believes there is likely to be some controversy about the data even if positive. That's because of the relatively small patient numbers in each arm, a pooled placebo group and a dose increase that happened after patients had already been on therapy.

"The risk of non-informative results is so high." 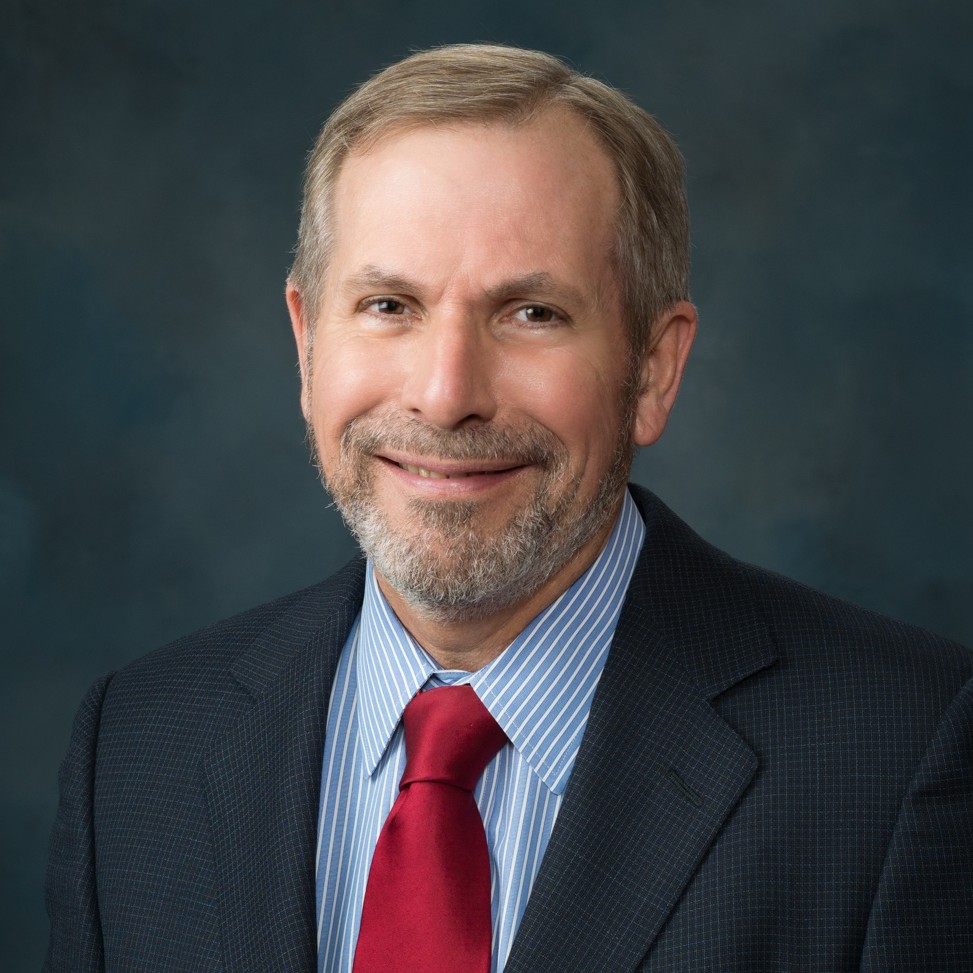 With those factors potentially confounding results, positive or negative data could be less persuasive in either case, he says. "The risk of non-informative results is so high."

What about non-genetic disease?

Translating any positive findings to the larger population with sporadic disease might be a big task. Oftentimes, patients don't get diagnosed until cognitive impairments appear, which is what troubled so many previous Alzheimer's trials.

Still, a success for DIAN-TU might spur interest in broader screening, such as in people who have had Alzheimer's in their family histories.

"Even at the mildest stages there would be some motivation to diagnose the pathology underlying it," said Matthew Barrett, clinical director of the memory and aging care clinic at the University of Virginia, who receives four new memory disorder referrals a week.

Indeed, Bateman, DIAN-TU's director, has developed a biomarker test based on the ratio of amyloid beta peptide 42 to peptide 40, which correlates to accumulation of amyloid in the brain.

UVA's Barrett, like many in the field, isn't optimistic that DIAN-TU will succeed. But he sees the emergence of genetic and biomarker studies as a positive for the field, because it could eventually lead to precision treatments based on a focused biological hypothesis.

He makes the comparison to cancer, where much recent work has focused on genetic profiles and biomarkers. This allows drugmakers to focus on smaller groups of patients, and as drugs show their effectiveness, they have been successful at expanding into earlier lines of treatment and wider tumor and tissue types.

"That's not been our approach in neurodegenerative disease," Barrett said. "When you think of a genetic causal mutation, that's such an easy group that's pretty homogeneous that is easy to target. Treating earlier in disease to intervene as early as possible is a good idea."

But he adds that the accuracy of such screening will be a challenge. "I'm concerned about our ability to really select high-risk populations that would progress without intervention."

Screening, of course, would only be an issue if DIAN-TU or related trials succeed.

With the sector largely discounting the amyloid hypothesis, the bigger problem may be that alternative approaches are still at early development stages, potentially putting disease-modifying treatments years from reaching patients.