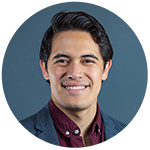 CAR-T technology is a hot investment in the field of immuno-oncology, or at least it was before Juno's announcement fueled concerns over the future of CAR-T.

Both Juno and Kite saw their stocks plummet last week after Juno revealed the patient deaths in its trial. Juno's stock dropped 28%, while Kite's stock fell by a relatively small but still significant 9%.

Any patient death is alarming and the similarities between Kite's ZUMA-1 trial and Juno's ROCKET trial have prompted questions over the safety of Kite's treatment as well.

According to Kite, patients enrolled in ZUMA-1 received a "low-dose" chemotherapy regimen of cyclophosphamide and fludarabine daily for 3 days before KTE-C19 infusion.

A total of 72 patients with diffuse large B-cell lymphoma are participating in the study, Kite said.

Kite's (ill-timed) announcement that it had completed enrollment on Thursday suggests the company is confident the issues present in Juno's ROCKET trial are unique to that study. But all we know so far is that the deaths were caused by brain swelling. It is unclear whether the root cause was JCAR015, fludarabine, dosage levels, or any combination of these.

In a press release following the tragedy, Juno said it had proposed to the FDA continuing the ROCKET trial while pre-conditioning with only cyclophosphamide, ascribing the patient deaths to the introduction of fludarabine. The company's trials are currently on hold until the FDA reviews and approves the new process, which could take up to 30 days from the submission of all required documents.

As more information and analysis comes to light, the prominent hope shared by Juno and its CAR-T competitors alike is that JCAR015 was minimally responsible for the deaths. For now, as many questions remain and information is lacking, the development of Kite's ZUMA-1 trial will be even more closely watched given some of the similarities with the ROCKET trial.