Several richly funded startups have emerged with plans to broaden the use of cell-based medicines beyond cancer.

Editor’s note: BioPharma Dive, as part of its newly launched Emerging Biotech Weekly, is taking a closer look at competitive areas of startup activity. We aim to give an overview of the companies developing a new technology and what their goals are. This, on regulatory T cell therapy, is our second.

Twelve years ago, Bill Ludwig and Doug Olson were running out of options when they enrolled in a clinical trial at the University of Pennsylvania.

They had chronic lymphocytic leukemia, a type of blood cancer, and their disease had progressed despite several treatments. They became the first volunteers to receive what would become known as CAR-T therapy, a cutting-edge treatment that turned their own immune cells into cancer killers.

CAR-T therapy drove both Ludwig’s and Olson’s tumors into remission, a finding that opened a new frontier in cancer drug research. More than a decade later, Olson remains cancer free, and Ludwig was, too, when he died from COVID-19 last year, researchers reported in February. Over that time, CAR-T therapy has gone from an academic research project to a growing class of medicines, with multiple products approved to treat several blood cancers.

Researchers and drugmakers now aim to test whether cell therapy can similarly impact other diseases. One strategy now reaching clinical testing could lead to a new way to attack autoimmune conditions like rheumatoid arthritis and Type 1 diabetes. The approach involves genetically modifying a different type of immune cell than the ones at the heart of CAR-T therapy, but holds a similar goal: a treatment with powerful and potentially curative benefit.

Over the past four years, a group of biotechnology companies have formed to develop these treatments, known as regulatory T cell, or “Treg,” therapies. Several have raised substantial funding. Larger drugmakers have begun to show interest, too. Here’s where things stand:

What is Treg cell therapy and how does it work?

Regulatory T cells are a specialized type of immune cell. They guard the body from attacking itself and prevent the malfunctions that lead to inflammatory conditions.

Those characteristics make Tregs an intriguing option for cell therapy, where, in theory, they could be harnessed to restore order to the immune systems of patients whose internal defenders have gone rogue.

The idea has intrigued researchers for decades. Academic studies of Treg cells — trials in which a person’s cells were removed, multiplied and re-infused — date back to 2004, according to Nature. But in those early studies, the experimental treatments weren’t very effective for patients receiving organ transplants or with autoimmune diseases.

Drug researchers and biotechnology companies now have more tools at their disposal, however. CAR-T therapy showed an effective treatment could be made by genetically manipulating a patient’s T cells to add a receptor that binds to a protein flag, or “antigen,” on the surface of tumors. That blueprint, along with advances in gene editing technologies and manufacturing capabilities, has made it possible for researchers to envision similar medicines being made with Treg cells.

In theory, these therapies would train Treg cells to seek out antigens on inflamed tissue and then use their multifaceted capabilities to suppress wayward immune responses. One Sangamo Therapeutics treatment in early human testing, for instance, engineers the cells to target an antigen on the surface of cells in a newly implanted kidney.

But there are challenges awaiting Treg cell therapy developers, among them identifying the right antigens and ensuring the new cells don’t start causing damage themselves. For example, CAR-T treatments are associated with a potentially fatal immune reaction, but they’re being used to treat deadly cancers, not chronic health conditions.

It’s also unclear how long the effects of a Treg cell therapy would last, as some research has shown transplanted cells have trouble persisting.

What advantage could Treg cell therapy have over existing treatments?

Autoimmune diseases like multiple sclerosis, rheumatoid arthritis and Type 1 diabetes are treated with a variety of medicines meant to help slow their progression or ease symptoms. Patients who receive organ transplants, meanwhile, typically take a lifelong regimen of immunosuppressive drugs.

In each case, there is room for improvement. Drugs like Humira that are used to treat a range of inflammatory diseases can leave patients vulnerable to infections and may increase the risk of certain malignancies.

Long-term use of immunosuppressive drugs to thwart organ rejection can also lead to heart disease or cancer. A 2018 paper published in the Journal of Nephrology found that, between 1996 and 2014, heart disease was the leading cause of death among U.S. kidney transplant recipients.

Safety concerns involving cardiovascular and cancer risk have also been linked to a newer class of oral drugs for inflammatory diseases, leading the Food and Drug Administration to limit their use last year.

By comparison, Treg cell therapies are meant to help the body return to normal, potentially permanently, and without leaving its defenses compromised. For a kidney transplant recipient, treatment could train the immune system to accept the new organ rather than fight it. In autoimmune disease, a Treg cell therapy might reprogram the immune system to stop its attack without simultaneously compromising its ability to fight infections.

Which companies are working on Treg cell therapy?

At least five biotech companies have launched in recent years, raising hundreds of millions of dollars in funding. Other more established companies are in the mix, too.

The first was Kyverna Therapeutics, which was formed in 2018 and backed by Westlake Village BioPartners, Vida Ventures and Gilead Sciences, one of the industry’s top cell therapy developers. The company was co-founded by Jeffrey Greve, who started another biotech focused on autoimmune diseases, Delinia, that was acquired by Celgene in 2017.

Kyverna was joined next by Quell Therapeutics, a U.K.-based biotech formed by immunology experts at three universities in England and seeded by healthcare company creator Syncona.

The most richly funded so far is Sonoma Biotherapeutics, a startup launched by prominent immunologist Jeffrey Bluestone, who in 2019 left the Parker Institute for Cancer Immunotherapy to run the company. The startup has raised more than $335 million from a wide range of investors including Arch Venture Partners, the venture arm of Eli Lilly and the cell therapy biotech Lyell Immunopharma.

GentiBio was seeded by OrbiMed, RA Capital Management, Novartis’s venture fund and Seattle Children’s Research Institute in 2020. The startup emerged publicly with a $157 million Series A round one year later and is steered by Adel Nada, the former head of clinical development at gene editing specialist Intellia Therapeutics.

More recently, in 2021, Abata Therapeutics was launched by Third Rock Ventures and ElevateBio. Co-founded by Diane Mathis, a Harvard Medical School immunology professor and expert on Treg biology, the company is headed by Samantha Singer, a former executive with the Broad Institute of MIT and Harvard and Biogen.

Sangamo’s kidney transplant treatment is the first of the new group of Treg cell therapies to reach clinical testing, with a Phase 1 trial that began in late March.

Others involved in the field are still in preclinical testing, but have started to make their development plans clear.

Quell is working on a treatment for patients who’ve undergone a liver transplant, while Sonoma is developing a cell therapy for rheumatoid arthritis. Kyverna is eyeing autoimmune diseases such as lupus nephritis and systemic sclerosis, and has deals in place with both Gilead and Intellia. It aims to start clinical development of one candidate this year.

GentiBio is targeting diabetes with its most advanced program and this month struck a partnership with Bristol Myers Squibb to develop a treatment for inflammatory bowel disease.

Abata aims to have candidates for multiple sclerosis, Type 1 diabetes and an inflammatory condition called inclusion body myositis in human trials by 2025. 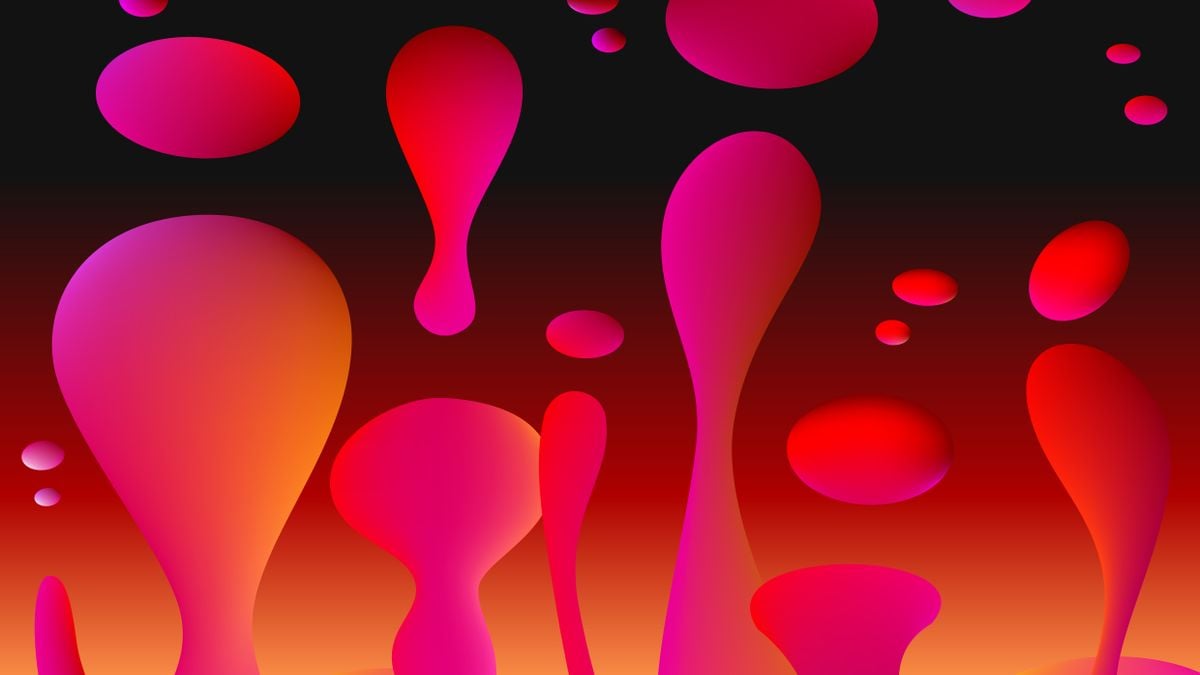 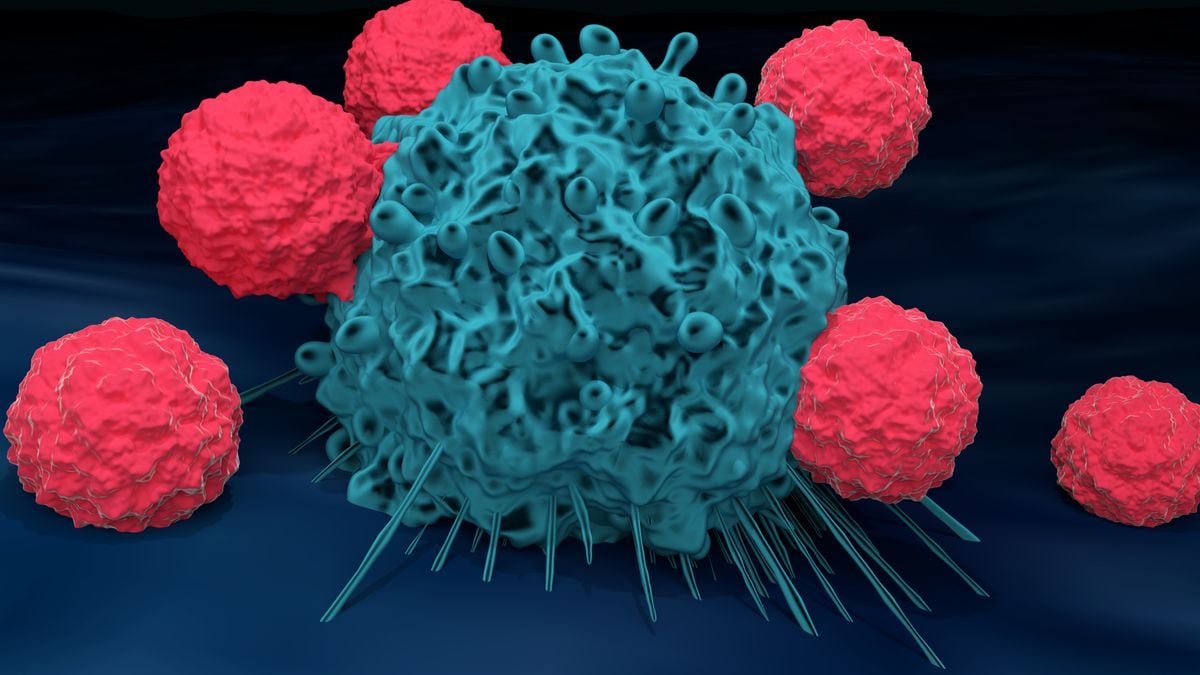 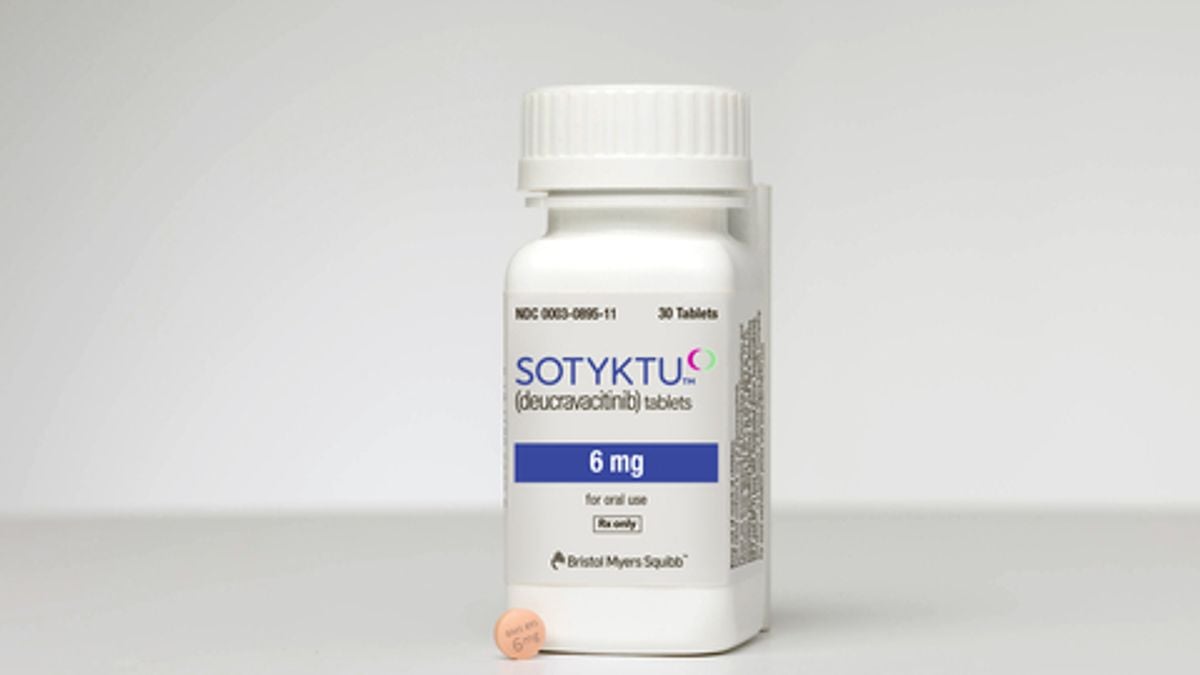 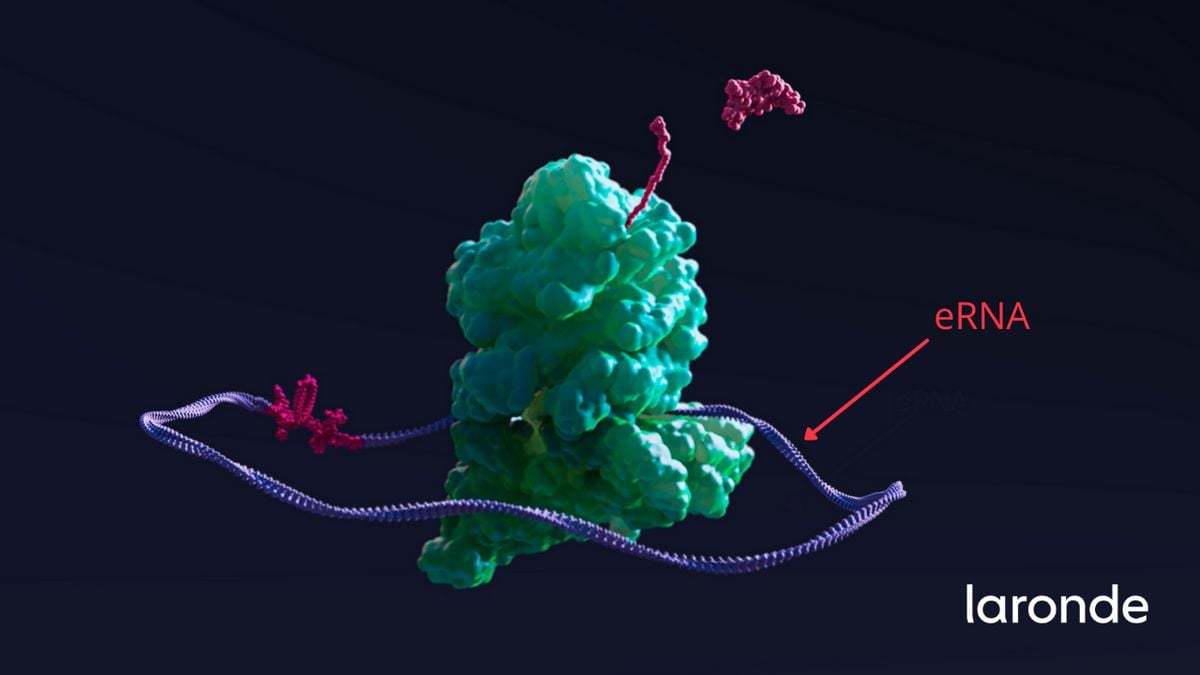 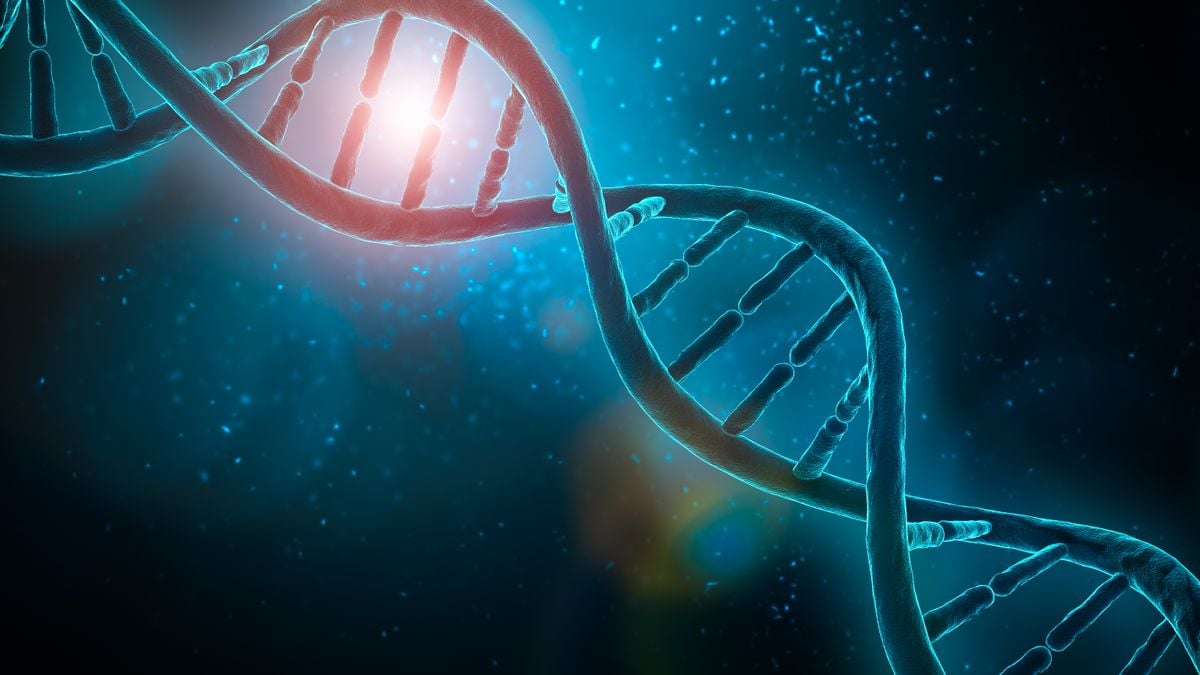 View all | Post a press release
Grant Awarded for Development of In Vitro Car-T Safety Assay
From Testavec Ltd
Vial CEO and Co-Founder, Simon Burns to Speak at the BIO CEO & Investor Conference in New York
From Vial
The Canadian Alliance for Skills and Training in Life Sciences (CASTL) announces location for …
From CASTL
Fishawack Health welcomes Mario Muredda as its new President of Marketing
From Fishawack Health
Editors' picks
Latest in Biotech
Industry Dive is an Informa business
© 2023 Industry Dive. All rights reserved. | View our other publications | Privacy policy | Terms of use | Take down policy.
Cookie Preferences / Do Not Sell