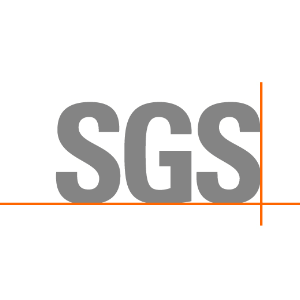 The Biologics (biological drugs) are pivotal ammunitions of the pharmaceutical arsenal to benefit patients by treating critical and life-threating conditions in multitude of diseases. The discovery and development of next generation therapeutics will drive the availability and use of Biologics to meet the unmet medical needs, never imagined before. But, there are challenges. Because of inherent complexity, biologics requires a robust manufacturing process to ensure quality and safety profile of the molecule, which is a time and resource intensive undertaking. Currently, it takes on an average a decade or more to bring a drug to market and costs an estimated USD 2.6 billion (including the cost of failed drug candidates)¹. This makes it imperative to identify any potential component that may impact the quality profile of a molecule early in the development process. A major factor impacting the quality profile of such molecules is 'aggregation', often considered as Achilles' heel. Aggregation can render the drug ineffective as well as has a potential to trigger immune response leaving the patient with unintended clinical complications. The case of EPREX-associated Pure Red Cell Aplasia (PRCA) is a well-documented example of such an effect².

Prevention and control of aggregation during entire product life-cycle can be achieved by use of non-ionic surfactants such as Poloxamers and Polysorbates, as they act to stabilize Biologics by providing protection from interfacial stresses³. The power of these surfactants is substantial, even stabilizing protein formulations that may otherwise resemble snow globes in their absence. But as is typical, the solution to one challenge often leaves another, and this one is for the chromatographer. Given their importance in maintaining the quality of Biologics, the need for monitoring of the such surfactants has become critical to ensuring product quality. Fueled by this need, the chromatographer has turned to their analytical toolbox to develop methods capable of measuring surfactant levels in Biologic formulations. That said chromatographic analysis of these non-ionic surfactants is not without its difficulties.

Surfactants such as Poloxamers and Polysorbates are polymeric and heterogenous in nature so right from the start the target analyte can be a collection of peaks making MS detection more cumbersome and making development of chromatographic conditions that much more challenging. UV detection proves to be not much better as these surfactants don't carry significant chromophores leading to poor sensitivity. This is where the Charged Aerosol Detector (CAD) comes to the rescue.

The CAD is an evaporative detector being well suited for non-volatile and semi-volatile analytes, where chromophores are not present. The CAD is readily coupled to HPLC or UPLC and can be used to detect and quantify several  biological and chemical entities.

Method Considerations for Poloxamers and Polysorbates

One of the major factor for a successful CAD is sample preparation. Depending on the formulation, often pre-treatments such as solid-phase extraction or Protein precipitation are required to remove interfering excipients. Treated sample is then separated using suitable chromatographic parameters, in a single peak elution using step gradient approach and further quantified using different statistical models depending up on the nature of molecule and assay design.

In a nutshell, there are promising reasons of why this technology would be an advantage to other detections i.e. ELSD or MS. It has better performance in terms of sensitivity, precision and dynamic range as compared to ELSD while it is much simpler to perform than a MS. In addition to that, CAD offers detection independent of chemical structure. CAD has an immense potential in Biologics analytical space due to its applicability across plethora of applications such as surfactants, adjuvants, amino acids, glycans, sialic acid analysis, to name a few. CAD has this powerful ability to see through the invisibility cloak without a need to say the 'magical spell'.