Pharmacy benefit managers are enjoying a heyday of sorts. Consolidation across the PBM space has given rise to larger players that hold more negotiating power with insurers and drugmakers. As a result, these pharmaceutical middlemen have been able to garner significant influence over pricing and market competition.

Yet, with their newfound power PBMs are facing a fair amount of pushback. Drugmakers have criticized them for not passing along savings from rebates and discounts on to patients. Meanwhile, lawmakers, advocacy groups and consumers have demanded more transparency about the role PBMs play in setting drug prices.

In a more specific example, insurance company Anthem Inc. recently announced it would be leaving a partnership with Express Scripts Holding Co. in order to create its own PBM named IngenioRx. The decision followed more than a year of litigation between the two companies that centered on pricing concessions and contractual obligations. Anthem plans to have IngenioRx fully integrated by 2021, and has enlisted CVS Health Corp. to provide prescription fulfillment and claims processing services. BioPharma Dive sat down with David Henka, CEO and president of employee/employer benefits firm RxTE Health, to better understand this initiative and the effects it may have on the wider healthcare industry.

Editor's Note:The following interview has been condensed and lightly edited for clarity.

BioPharma Dive: Anthem in October announced it is splitting ways with Express Scripts. What implications does that decision carry for Anthem and for other players in the healthcare space?

Henka: Well, I think there was no other choice than a divorce from Express Scripts for Anthem, given the acrimony involved in the allegations of financial misappropriation. So I think that was kind of a fait accompli in terms of industry. And I'm sure that when Anthem was looking at what options they had to evaluate the marketplace, the thought of completely starting from scratch their own PBM was probably close to the top of the list. I'm sure they came to a quick conclusion that they could utilize the huge amount of resources that CVS already has in terms of their claims adjudication and drug procurement to use as their back-end provider for their PBM services. And Anthem would have the medical expertise and the clinical wherewithal to create a formulary and a pricing system that would best match what they wanted to accomplish in the marketplace.

BioPharma Dive: When we're considering those types of routes and just the overall effect Anthem's decision has on the pharmaceutical industry, what are we looking at in that light?

Henka: We're looking at a company that has significant market share to the end user — much like United's procurement of Optum several years ago, and what they're able to leverage cause they're gonna be able to bring lives to their platform, or continue to be able to bring lives to their platform. In many cases, especially in the healthcare industry, it's all about market share, and the more market share you control, the better you are able to position yourself from a pricing standpoint in different markets. So ultimately, that's what this comes down to; it comes down to a body count, getting as many bodies on your platform as possible so that you could be the best negotiator in the room when it comes to contract discussions.

BioPharma Dive: What does Anthem's new PBM have in store for the company's clients, or even the clients that it may obtain going forward?

Henka: This is still three years away, so Anthem has a game plan and a strategy to maybe continue to gauge the marketplace and look at opportunities to create value or higher value that introduces a couple different things: their ability to clinically utilize medications and to procure medications that are of higher cost, and then also to integrate ... the medically procured drugs and the drugs that are procured on the PBM side. Because there is a huge amount of variation — not only where just the cost of the drug is very expensive, but where the drug is the side of care, where the drug is infused or injected, that also really drives the cost tremendously. Inpatient versus outpatient versus a home healthcare nurse — Anthem is going to be able to control that level of information and make recommendations to groups, to their purchasers, to their contract holders, that will greatly impact the cost of care based on those factors.

BioPharma Dive: Shifting gears a little, drug pricing is one of the biggest topics in pharmaceuticals right now. How might Anthem's new PBM affect the drug pricing paradigm?

Henka: It's hard to say if even a group as large as Anthem, on a national perspective, could have any impact or effect on the price of drugs. The price of generic drugs is going up tremendously. This is an unregulated, free market, free-for-all. And even the federal government, which has price controls in effect and basically has favored nation status in terms of contracting for prices, does not tremendously impact the marketplace. So I think it would be interesting to speculate, but the likelihood of Anthem's entry into this marketplace going to have a measurable impact on the price of drugs would be farsighted.

"We're really, right now, in a transitional phase where there'll continue to be consolidations until someone breaks the code." 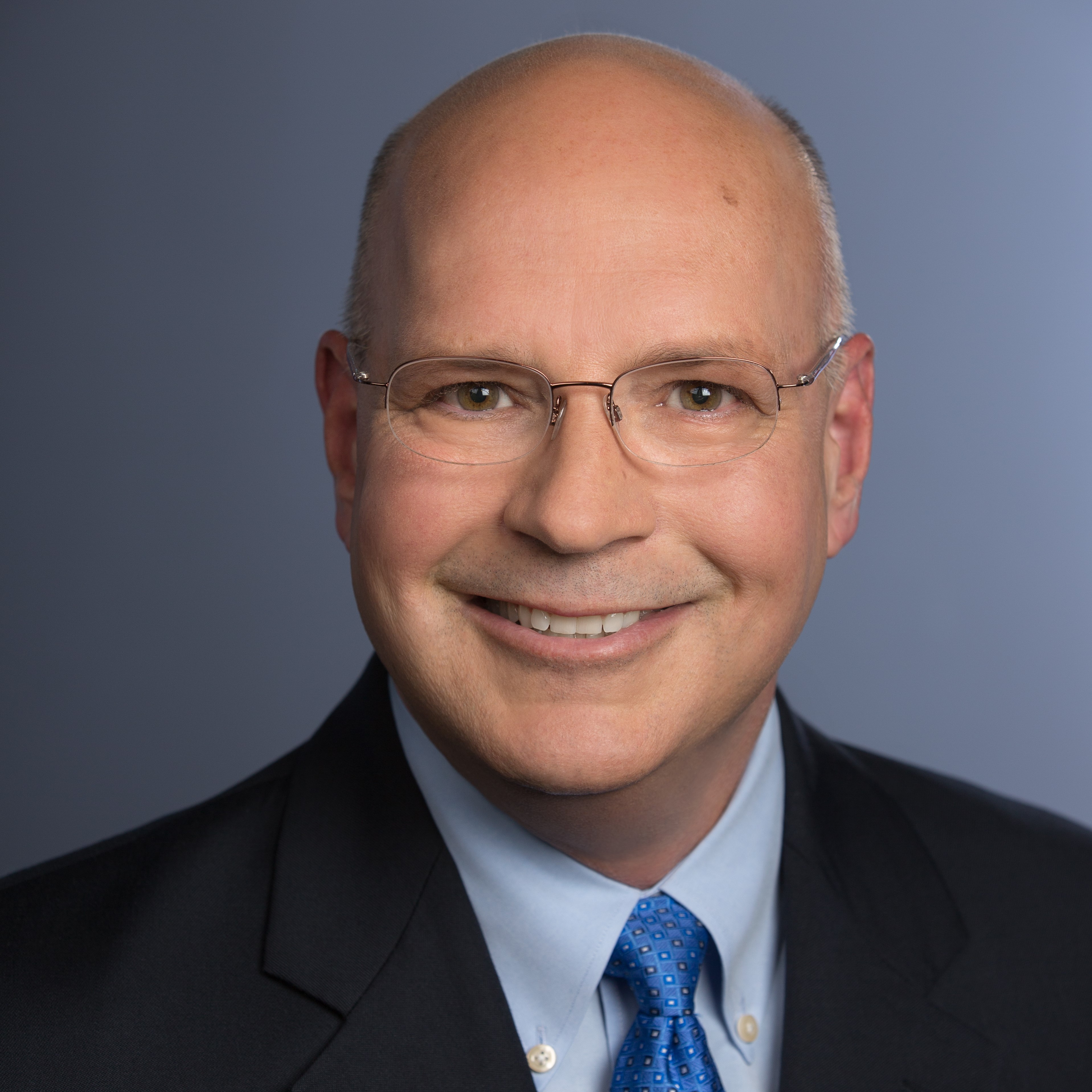 BioPharma Dive: With Anthem establishing its own PBM, does that set any sort of precedent for other big insurers, PBMs or drug manufacturers as far as future initiatives or deals that they might now be looking at more intently or roll out themselves?

But variations [are] permitted on the demand side — consumers lack incentives to shop, consumers lack information about prices at the time that they're making choices. And it's [this] unmanaged variation in prices that permit increase in price. Those dynamics are still in place, so what could happen to change that? A disruptor comes in, an Amazon comes in, and changes the market dynamic by changing the way drugs are procured, the way they're delivered, the way they're priced. I think that it's not a question of if that happens, it's a question of when it happens and who's gonna do it.

BioPharma Dive: How does Anthem's new PBM fall into larger trends or topics that we're seeing across the pharmaceutical industry?

Henka: In this case, the big continues to get bigger. And it may be a situation where [Anthem is] not reacting to the market, [it's] actually setting the market.

Large PBMs ... have been extraordinarily successful. If you look at the Fortune 100 list, they're up in the single digit listings in terms of how successful of a company they are. At the same time, there is virtually no regulation at all on the price of medication, and most individual consumers are very much shielded from the price of drugs because they will pay their standard copayment of $10 for a generic and $30 for a brand name drug and will have no idea what the actual cost of a drug is.

BioPharma Dive: Anthem expects their partnership with CVS will kick off in 2020, and they're expecting IngenioRx to be fully integrated by 2021. In the next three years until this partnership begins and four years until the PBM is officially set up, what does Anthem have to do to make sure that this endeavor is successful?

Henka: They have to decide what they want to be in the marketplace, how they want to represent themselves. Right now there's a couple different pricing variations that PBMs take on as a personality. There's the traditional model, and then there's the pass-through model, which is the transparency model. And companies kind of hold their hat on how they handle these different models, how they impact rebates, how they provide auditing capabilities, and what they're trying to provide in terms of value to the client. Because these companies are very successful ... there's a lot of variation that can occur in the contracting and in the value that somebody who procures these services can bring to the table.

BioPharma Dive: What do other big players in the market have to do as they await IngenioRX's rollout? What are they likely thinking about in preparation for this new endeavor?

Henka: Again, there'll be further consolidation. There'll be further drug manufacturers who are coming out with drugs that are single-source specialty drug categories that are gonna be costing hundreds of thousands of dollars for treatment. There'll continue to be consolidation in the marketplace on both the health plan and on the PBM side — and even additional mergers of these players.

The question then is, what needs to be done to change this so that we could further manage to provide benefits to our employees and guarantee that we're having better outcomes? I think there are a couple tools out there that can be adopted, and I think that if Amazon comes up with a way to deliver medications and procure medications, that hasn't even been thought of yet, that will change the market.

We're really, right now, in a transitional phase where there'll continue to be consolidations until someone breaks the code and comes up with a solution on a large enough scale that is able to readjust market share in a way that the industry will react.

View all | Post a press release
Industry Dive publications win 6 National Gold Azbees – most of any publisher
From Industry Dive
MIP Discovery Adopts the Fida 1 Platform
From Fida Biosystems
Azzur Group Appoints Corporate Services Executive, Ray Jaffe, as Vice President of Operations,…
From Azzur Group
Paradigm4 Launches REVEAL: Proteomics to Transform the Search for Protein Isoform Biomarkers
From Paradigm4
Editors' picks
Latest in Marketing
© 2022 Industry Dive. All rights reserved. | View our other publications | Privacy policy | Terms of use | Take down policy.
We use cookies to optimize your experience on our website and for analytics and advertising purposes. By continuing to use our site, you agree to our cookie policy. Learn more
Accept